Agriculture both contributes to climate change and is affected by climate change. The EU needs to reduce its greenhouse-gas emissions from agriculture and adapt its food-production system to cope with climate change. But climate change is only one of many pressures on agriculture. Faced with growing global demand and competition for resources, the EU’s food production and consumption need to be seen in a broader context, linking agriculture, energy, and food security. 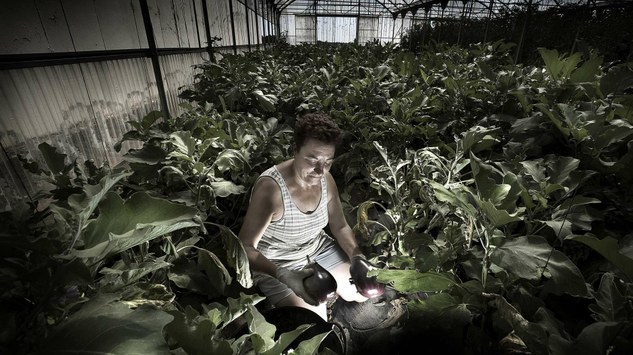 Food is a basic human need, and a healthy diet is a key component of our health and wellbeing. A complex and increasingly globalised system of production and delivery has developed over time to meet our need for food and for different flavours. In today’s world, a fish caught in the Atlantic might be served within days in a restaurant in Prague alongside rice imported from India. Similarly, European food products are sold and consumed in the rest of the world.

Before reaching our plates, our food is produced, stored, processed, packaged, transported, prepared, and served. At every stage, food provisioning releases greenhouse gases into the atmosphere. Farming in particular releases significant amounts of methane and nitrous oxide, two powerful greenhouse gases. Methane is produced by livestock during digestion due to enteric fermentation and is released via belches. It can also escape from stored manure and organic waste in landfills. Nitrous oxide emissions are an indirect product of organic and mineral nitrogen fertilisers.

Agriculture accounted for 10% of the EU’s total greenhouse-gas emissions in 2012. A significant decline in livestock numbers, more efficient application of fertilisers, and better manure management reduced the EU’s emissions from agriculture by 24% between 1990 and 2012.

However, agriculture in the rest of the world is moving in the opposite direction. Between 2001 and 2011, global emissions from crop and livestock production grew by 14%. The increase occurred mainly in developing countries, due to a rise in total agricultural output. This was driven by increased global food demand and changes in food-consumption patterns due to rising incomes in some developing countries. Emissions from enteric fermentation increased 11% in this period and accounted for 39% of the sector’s total greenhouse-gas outputs in 2011.

Given the central importance of food in our lives, a further reduction of greenhouse-gas emissions from agriculture remains quite challenging. Nevertheless, there is still potential to further reduce the greenhouse-gas emissions linked to food production in the EU. A better integration of innovative techniques into production methods, such as capturing methane from manure, more efficient use of fertilisers, and greater efficiency in meat and dairy production (i.e. reducing emissions per unit of food produced) can help.

Crops need suitable soil, water, sunlight, and heat to grow. Warmer air temperatures have already affected the length of the growing season over large parts of Europe. Flowering and harvest dates for cereal crops are now happening several days earlier in the season. These changes are expected to continue in many regions.

In general, in northern Europe agricultural productivity might increase due to a longer growing season and an extension of the frost-free period. Warmer temperatures and longer growing seasons might also allow new crops to be cultivated. In southern Europe, however, extreme heat events and reductions in precipitation and water availability are expected to hamper crop productivity. Crop yields are also expected to vary increasingly from year to year due to extreme weather events and other factors such as pests and diseases.

In parts of the Mediterranean area, due to extreme heat and water stress in summer months, some summer crops might be cultivated in winter instead. Other areas, such as western France and south-eastern Europe, are expected to face yield reductions due to hot and dry summers without the possibility of shifting crop production into winter.

Changes in temperatures and growing seasons might also affect the proliferation and the spreading of some species, such as insects, invasive weeds, or diseases, all of which might in turn affect crop yields. A part of the potential yield losses can be offset by farming practices, such as rotating crops to match water availability, adjusting sowing dates to temperature and rainfall patterns, and using crop varieties better suited to new conditions (e.g. heat- and drought-resilient crops).

Land-based food sources are not the only food sources affected by climate change. The distribution of some fish stocks has already changed in the Northeast Atlantic, affecting the communities relying on these stocks throughout the supply chain. Along with increased maritime shipping, warmer water temperatures can also help facilitate the establishment of invasive marine species, causing local fish stocks to collapse.

Some EU funds, including the European Agricultural Fund for Rural Development, Common Agricultural Policy (CAP), and loans from the European Investment Bank, are available to help farmers and fishing communities to adapt to climate change. There are also other funds under the CAP aimed at helping to reduce greenhouse-gas emissions from agricultural activities.

In line with projected population growth and changes in dietary habits in favour of higher meat consumption, the global demand for food is expected to grow by up to 70% in the coming decades. Agriculture is already one of the economic sectors with the largest environmental impact. This substantial increase in demand will unsurprisingly create additional pressures. How can we meet this increasing global demand while at the same time reducing the impacts of European food production and consumption on the environment?

Reducing the amount of food produced is not a viable solution. The EU is one of the world’s largest food producers, producing around one eighth of the global cereal output, two thirds of the world’s wine, half of its sugar beet, and three quarters of its olive oil. Any reduction in key staples is likely to jeopardise food security in the EU and in the world, and increase global food prices. This would make it harder for many groups around the world to access affordable and nutritious food.

Producing more food out of the land that is already used for agriculture often requires heavier use of nitrogen-based fertilisers, which in turn release nitrous oxide emissions and contribute to climate change. Intensive agriculture and fertiliser use also release nitrates to the soil and to water bodies. Although not directly linked to climate change, high concentrations of nutrients (especially phosphates and nitrates) in water bodies cause eutrophication. Eutrophication promotes algae growth and depletes oxygen in the water, which in turn has severe impacts on aquatic life and water quality.

Whether in Europe or the rest of the world, meeting the growing demand for food by using more land would have serious impacts on the environment and the climate. The areas most suitable to agriculture in Europe are already cultivated to a large extent. Land, especially fertile agricultural land, is a limited resource in Europe and across the world.

Converting forest areas into agricultural land is also not a solution as this process is a source of greenhouse-gas emissions. Similar to many other land-use changes, deforestation (currently occurring mainly outside the European Union) also puts biodiversity at risk, further undermining nature’s ability to cope with climate change impacts (such as absorbing heavy rainfall).

It is clear that the world will need to produce more food and that key resources are limited. Agriculture has high impacts on the environment and the climate. Moreover, climate change affects — and will continue to affect — how much food can be produced and where.

Who gets to produce what and where is a socio-political question and is likely to become more controversial in the future. The global competition for these essential resources, especially with the pending impacts of climate change, is driving developed countries to purchase large patches of agricultural land in less-developed countries. Such land purchases and climate change impacts raise questions about food security in developing countries in particular. Food security is not only a matter of producing sufficient quantities of food, but also of having access to food of sufficient nutritional value.

This complex problem requires a coherent and integrated policy approach to climate change, energy, and food security. Faced with climate change and competition for scarce resources, the entire food system will need to transform itself and be much more resource efficient while continuously reducing its environmental impacts, including its greenhouse-gas emissions. We need to increase yields while reducing our dependence on agrochemicals, to reduce food waste, and to reduce our consumption of resource-intensive and greenhouse gas-intensive foods such as meat.

In doing this, we must also remember that farmers can play a key role in maintaining and managing Europe’s biodiversity. They are also a critical component of the rural economy. Therefore, policy measures to tackle this highly complex problem of food and the environment should take into consideration agriculture’s impacts on the environment and its socio-economic importance for many communities. 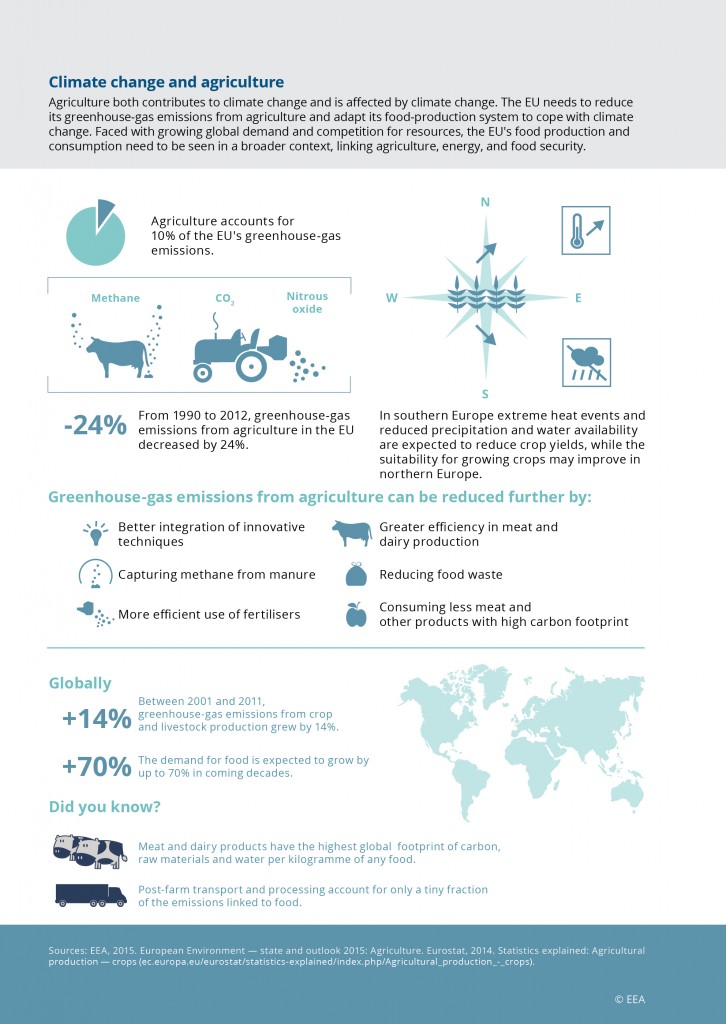