Most Europeans now live in cities, so the choices we make about urban infrastructure will have a large influence on how well we cope with climate change. More frequent rainfall, flooding, and heatwaves are likely to be among the challenges that Europe’s cities will face from climate change. We asked Holger Robrecht, Deputy Regional Director of ICLEI, what cities are doing to adapt to climate change. 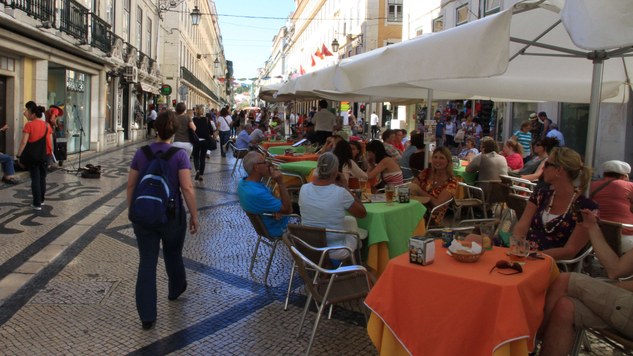 What effects will climate change have on cities?

Climate change will have a variety of effects on cities. The most likely effects in Europe are an increase in extreme weather events like flooding, storms, and heatwaves. This could have a serious effect on urban infrastructure such as transport systems, sewage systems, and even food-delivery systems. In heavy rainfalls and floods, the danger is that our drainage and sewage systems cannot cope. We have seen an example of this during the rain storm in 2011 in Copenhagen, which showed the disruption that can happen in heavy rainfalls. This storm led to flooding in houses, and it also damaged railways, roads, and the metro system. Heavy rainfalls can also cause landslides in mountains and hills outside cities. These landslides can cut off roads, making it difficult to deliver food and other goods. We have already seen this happen in the Philippines and in Italy, in the Liguria region around Genoa.

Climate change places pressure on our ‘hard’ infrastructure such as roads, houses, and sewage systems. But it also places pressure on our ‘soft’ infrastructure such as our health systems. This is very evident in events such as heatwaves, which are another problem for urban areas. Cities create ‘heat islands’ that are far warmer than rural areas. Old people are especially at risk of mortality in urban areas. This creates a new type of challenge for our health systems.

How are cities adapting to the challenge of climate change?

Many cities in Europe have very forward-thinking adaptation plans, including London, Copenhagen, Bratislava, and Almada in Portugal. If I could highlight just three, they would be Rotterdam, Ghent, and Bologna. In the case of Rotterdam and Ghent, these cities partnered with research organisations to assess the places in the cities that would be the hottest during heatwaves. They decided to place thermometers in a variety of locations, and even placed mobile thermometers on trams. In this way, they could detect the places in the cities where the heat-island effect was greatest. As a result, they were able to take remedial actions, such as planting trees, to reduce the effects of some of these heat islands.

Bologna adopted a very different approach. Bologna is an old medieval city at risk of flooding by the Po river. However, it is also affected by heavy rainfall and by heatwaves, so they face a triple challenge. The city government of Bologna developed a mobile phone app, through which citizens detect and report any kind of damage in the city that came from any event such as heavy rainfall or heatwave. The app also allows citizens to make suggestions to the city government on how to prepare for any future event that might happen. The app was part of Bologna’s Blue AP adaptation plan and received funding from the EU.

Is adapting to climate change on the political agenda in Europe?

Yes. In recent years, climate change adaption has grown greatly in importance. This is because so many areas in Europe have been affected by extreme events from climate change in the past decade. And the effects of these extreme weather events have often been far worse than anybody would have predicted ten years ago. For example, in 2010 Cyclone Xynthia flooded many areas in coastal France and left almost million people without electricity. Last year, Croatia and Serbia suffered heavy flooding from rainfalls. And in early June last year, a prolonged heatwave was followed by heavy rains that hit Belgium, the Netherlands, and Luxembourg. The storm then moved into the Ruhr, leading to damages and floods between in the area Dusseldorf and Dortmund.

Heatwaves have been another great challenge in Europe, with particularly warm summers in 2013 and 2014. These events have made governments and cities aware of the necessity to adapt to climate change.

What are the biggest challenges that cities face in dealing with climate-change problems?

Cities face a variety of challenges in adapting to climate change. Lack of knowledge may be the greatest challenge. Many city governments do not know how their city will be affected by climate change. Those cities that wish to take action to prepare for climate change often don’t know what actions to take or how to organise their response. And many cities are unaware that there is funding and advice available across Europe.

These challenges are now being addressed. Some national governments have programmes in place to help their cities create adaptation plans. The UK government has a programme called UKCIP and the German government has a programme called KomPass. At the EU-level, there is now an EU Strategy on Adaptation to Climate Change. And the EU has created a website called Climate-ADAPT, run by the European Environment Agency. Climate-ADAPT helps cities, regions, and national governments learn about climate change adaptation. And there is a European-level organisation specifically established to help cities: Mayors Adapt.

At ICLEI, we organise conferences like the Bonn Resilient Cities conference and — together with the European Environment Agency — the Open European Day for supporting exchange between city practitioners. We also offer direct climate related services to cities.

Finally, there are also funds available: the EU has set aside 20% of its budget to help cities and countries prevent — and adapt to — climate change. However, many cities are unaware of this funding.

One of the more practical challenges that cities face is in organising their response across administrative levels. Climate change adaptation means making connections across administrative boundaries. For example, if you look at rivers that cross different cities, the responsibility for water management in the urban part of a river might not even lie with the city in question. Things can get even more complicated for rivers like the Rhine and the Danube that cross several countries. Therefore, flood protection related to these rivers means cities need to experiment with new types of governance between cities and countries. In the case of the river Rhine, Switzerland, France, Germany, and the Netherlands all came together in order to plan retention areas for flood water. Cities and countries will need to plan much more in this way in the future in order to adapt to climate change. 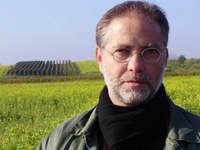 Holger Robrecht is the Deputy Regional Director of ICLEI – Local Governments for Sustainability, Europe, an association of over 1 200 regional governments that promotes sustainability in cities.