Last week, the European Commission released an European map of regulated professions. This are, professions to which access is conditional upon the possession of specific qualifications or for which the use of a specific title is protected [1]

This map is part of the European project for professional qualification, a recent and undefined initiative.

In fact, as the own UE states, the map reflects the “different realities, sensitivities and regulatory backgrounds” throughout Europe which are “the cause of obstacles to the free movement of qualified professionals” [1]

Indeed, in Europe what there is now is a professional labyrinth to which we have just entered and what we will see where it takes us.

For the moment, what I did was confirm that in this regulated professions database consulting two topics in which I was educated and have worked: environmental consultant and health and safety officer. This are the results: 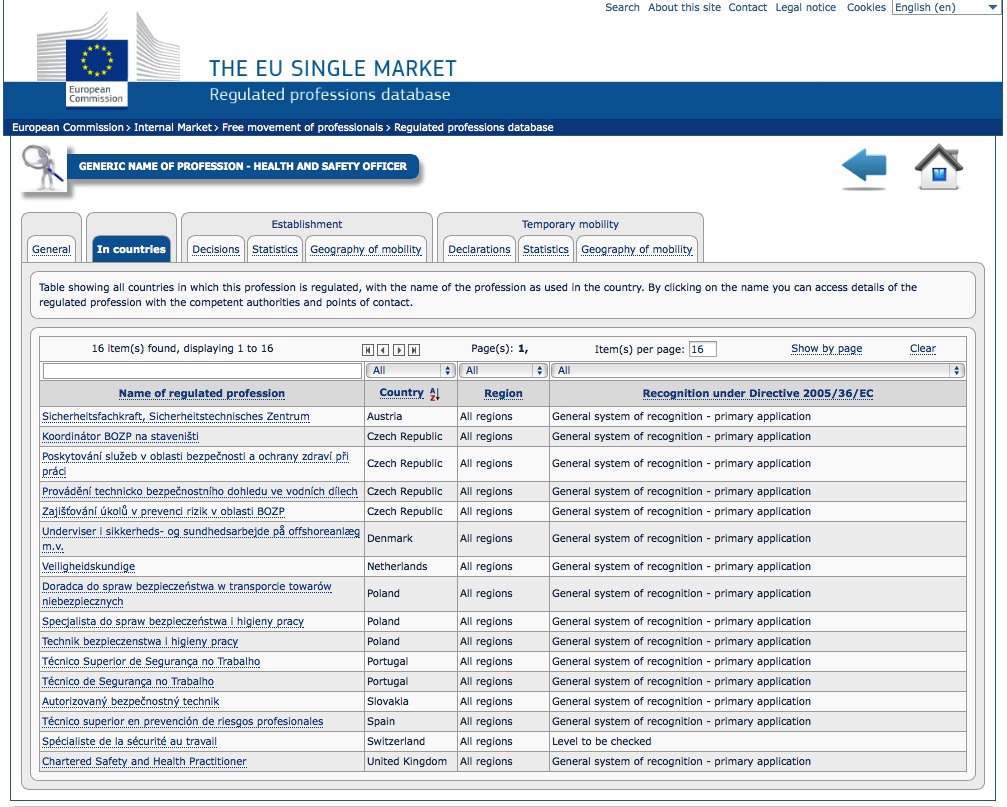 You can check your profession. What is your profession? electrician, primary school teacher, carpenter, architect,…? See if it has barriers to entry in different countries.

In practice, professional regulation is a protection established by a country to certain activities for different reasons. The truth is that this collides with the European single market also aimed when it comes to professions and, furthermore, with the globalisation tendency of the world regarding education and professional recognition. For example, in my opinion it makes no sense that a German OHS practitioner can not develop his/her work in Spain just for an administrative issue.

I think that the world is moving in a different way that has not much to do with labyrinthine burdens.