Urban areas in developing countries will absorb most of the global population increase, with 67 % of people living in cities by 2050. Most of the growth is expected to be in megacities, particularly slums. Compact cities are the most efficient and environmentally sustainable way to secure the welfare of a growing population. Smart planning provides for efficient use of urban space.

Urban growth is driving land-use change in Europe, with peri-urban areas developing at four times the rate of towns and cities. Integrated urban management could increase the environmental resilience of Europe’s cities, particularly in the east and south. 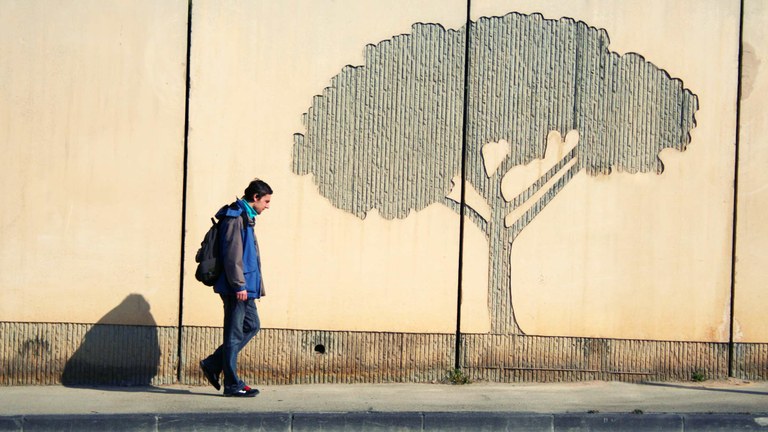 Growing global urbanisation is driven by developing-world industrialisation, agricultural mechanisation, and environmental change, but above all by growth of the global population. Today there are 7 billion people, but 8.3–10.9 billion are expected by 2050, with a medium variant of 9.6 billion (GMT 1) [1]

Developed countries, searching for lower-cost production, increasingly source materials, products, components and services from the developing world. Just as trade and industry grew Europe’s cities, developing-world suppliers are driving the growth of theirs. One industry attracts others, and workers, too, need products and services – building a virtuous cycle of development [2] –  Massachusetts Institute of Technology researchers suggest that as a city’s population doubles, economic productivity increases by 130 % [3]. This is now occurring in Africa, Asia and Latin America.

As happened in the developed world, advanced, industrial agricultural techniques, requiring fewer but highly skilled workers, are now being applied in the developing world, reducing the size of the workforce, depressing wages and stimulating large numbers of rural people to seek livelihoods in towns and cities [4]

Environmental degradation, often linked to global, regional and national patterns of production and consumption (GMT 10), increasingly fosters internal and international urban immigration from rural areas. This can be particularly severe in rural areas and societies with a direct dependency on local natural resources. Sub‑Saharan Africa and parts of south-east Asia, where high population growth coincides with a direct dependency on forests, fisheries, freshwater, etc. may be particularly hard hit [5]

Although urban areas[6] cover just 2.8 % of the global land area, they are home to more than half the world’s population – around 3.5 billion people [7]. In 1950, only around 700 million people lived in cities, while by 2050 about two-thirds of the world’s expected population, probably 6.2 billion people, are projected to be urban (Figure 1). Between now and 2050, using the UN’s median variant, the world’s population is expected to rise by about 2.7 billion people, of whom 2.3 billion are projected to live in developing world urban areas, mostly Africa and Asia, swelling the population of developing world cities to 8.2 billion (GMT 1) [8]. Urbanisation can blur the divides between urban and rural areas, creating ever-larger and ever-more important peri-urban areas [9], with their own range of specific characteristics, problems and opportunities [10]

Tokyo and New York were the only megacities, with more than 10 million inhabitants, in 1970; by 2014 there were 28, most of which were located in the global south; and, by 2030 there could be 41 globally [12]. Nonetheless, small and medium sized cities have always been the engine of urbanisation, and although the population of megacities is projected to double by 2025, the largest number of urban dwellers will live in cities of fewer than 500 000 people. Today, 12 % of the world urban population lives in megacities while about half live in these smaller cities [12]

Urban density varies from 135 people per hectare in some developing countries, through 70 in most of developed ones to 28 in such land-rich countries as Australia, Canada and the US. In the next 30 years, a doubling of urban populations in developing countries is likely to triple the extent of built-up areas [13], while in developed countries, population increase, combined with a demand for more single-person houses, may result in competition for urban green infrastructure [14]

Urban areas currently generate around 80 % of world gross domestic product, with much of this held by the middle class [15], a group likely to grow by more than 170 % to 4.9 billion by 2030, with Asia accounting for 85 % of the growth (Figure 3). These citizens have the resources to invest in human and physical capital, providing access to a wide range of goods and services, potentially alleviating insecurity associated with poverty (GMT 3) [16]

In the next 30 years, the doubling of urban populations in developing countries is likely to triple the extent of built-up areas [10]. This relative spatial inefficiency is linked to the fact that most future urbanisation is likely to be informal settlements and slums often with inadequate housing, safe drinking water, sanitation or waste disposal. Slums have always been a part of rapid urbanisation, but their current scale is unprecedented – almost 1 billion people live in them; in some African countries more than 90 % of urban residents [17]. If not addressed, the UN estimates that the number of slum dwellers will rise to 3 billion by 2050 [18]

Highly urbanised countries tend to have high levels of human development,[19] but 60–80 % of all resource consumption and energy use, while around half the world’s anthropogenic carbon dioxide emissions and environmental/ecosystem degradation can be attributed to cities [12] [20] [21] [22]. Indeed, China’s urban areas alone are projected to consume 20 % of the world’s energy by 2030 [11]

If well managed, however, resource efficient cities can combine productivity increases and innovation with reduced environmental impacts as major cities tend to generate higher economic output at far lower per person greenhouse gas emissions [21][23] and lower per person consumption of resources. Indeed UNEP[21] suggests that dense, mixed-use urban settlements can be more resource-efficient than any other with similar levels of economic output. How this potential is used depends on urban planning, as sprawl hinders cities in fulfilling their environmental and resource efficiency potential.

Poorly planned, dense urban settlements, however, bring congestion, overcrowding, pressure on infrastructure and the environment, and higher housing costs [24]. The concentration of people and businesses can also significantly undermine health, making it easier for disease to spread (GMTs 3, 10).

The Food and Agriculture Organization (FAO) argues that population growth, increasing urbanisation, which raises dependency on food purchases, and changing diets are among the factors impacting global food demand, driving countries to seek resources elsewhere [25]. Increased urbanisation and changing consumption patterns are also having a significant impact on the quantity and quality of water resources [26]

Compact, densely populated cities are the most efficient and sustainable model for housing a rapidly growing population and the integrated management of urban activities and natural capital, green infrastructure and biodiversity facilitates future urban planning. The provision and maintenance of green spaces is key, as these provide regulating services, tackling air pollution and reducing flooding for example, encourage biodiversity and, if carefully planned, act as wildlife corridors as well providing cultural and recreational opportunities for people [7][14]

City governance affects urbanisation. The most successful manages rapid growth at different spatial levels: adequate service provision, urban sprawl, spatial disparities, congestion, pollution, climate change, social issues and distressed areas. Examples of good governance show the success of cities that go beyond the traditional issues of infrastructure management to include such broader elements as the knowledge and skills of workers, and the social capital needed to encourage innovation (GMT 4) [26][27]

The interconnectedness of natural systems makes it inevitable that environmental impacts arising elsewhere in the world will affect Europe and its cities, especially air pollution and the rise in greenhouse gas emissions. Indeed, research suggests their increase in developing countries could offset Europe’s efforts to mitigate climate change. Moreover, because Europe is relatively resource poor, it is increasingly dependent on imports of fossil fuel, minerals and food, and vulnerable to competition for them (GMTs 7, 8). While the cities of northern Europe are likely to be relatively resilient to this, those in east and south are less so [11]

As urban development is Europe’s fastest-growing category of land-use change, with peri-urban areas growing at four faster then urban ones [10], these issues suggest that Europe should embrace the integrated management of urban activities and natural capital, green infrastructure and biodiversity, as well as technological change, to sustain their competitiveness, foster agglomeration economies and increase resource efficiency.