Main conclusions of the Healthy Workplaces for All Ages campaign point out that the European workforce is ageing and official retirement ages are increasing across Europe. The changing demographic of the workforce presents numerous challenges for organisations, not least because 27 % of workers believe that they will not be able to continue their current job aged 60. In addition to raising awareness of the challenges facing the ageing European workforce, the campaign has also succeeded in giving access to practical, legal and policy solutions for tackling them.

From now on, EU-OSHAS´ machinery is working in the next 2018-19 HWC campaign, which will focus on dangerous substances, with the aim of raising awareness and promoting a prevention culture in workplaces across the EU, as well as targeting specific groups of workers. The main objectives of the campaign are (“The Healthy Workplaces Campaign 2018-19,” 2017):

The coundown to launch the #EUhealthyworkplaces manage dangerous substances campaign is up and running, and hopefully this blog will be enroled in the campaign as a media partner. 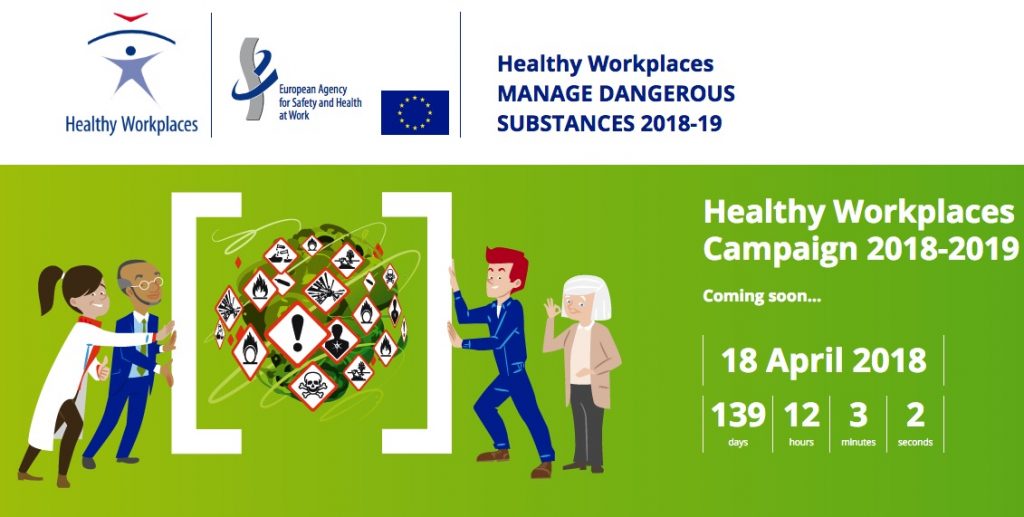