Not for being expected, the issue is less disappointing.

This was not the first time that the concerning level of 400 ppm was exceeded: on may 13th 2013 it was reached for the first time in “recent” Earth history (lasts 3-5 million of years) the milestone of 400 ppm. This means that officially, the air on Earth got the dubious quality of an enclosed space´s air (article in Spanish).

That is, in the period of one year, the same atmospheric CO2 levels of last year came two months earlier: 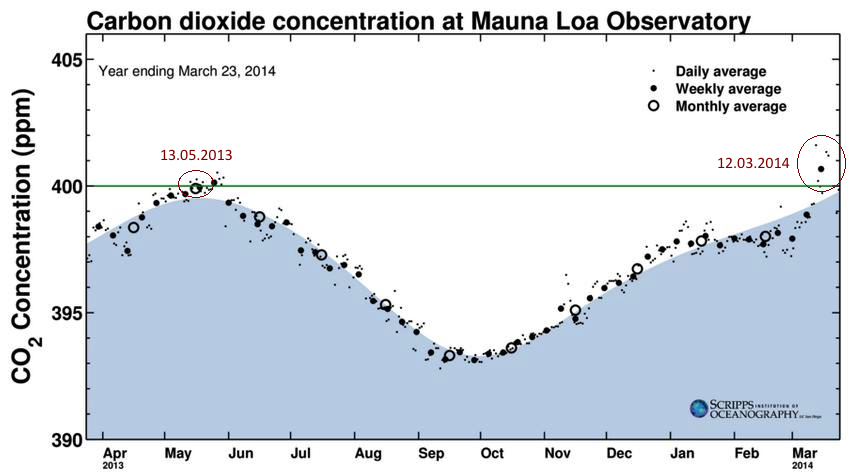 At the end of every month of may, the Keeling Curve reaches its annual peak within the peculiar saw-like increasing trend featuring the CO2 level, as a consequence of the air flow in the Pacific ocean (where Mauna Loa observatory is located). 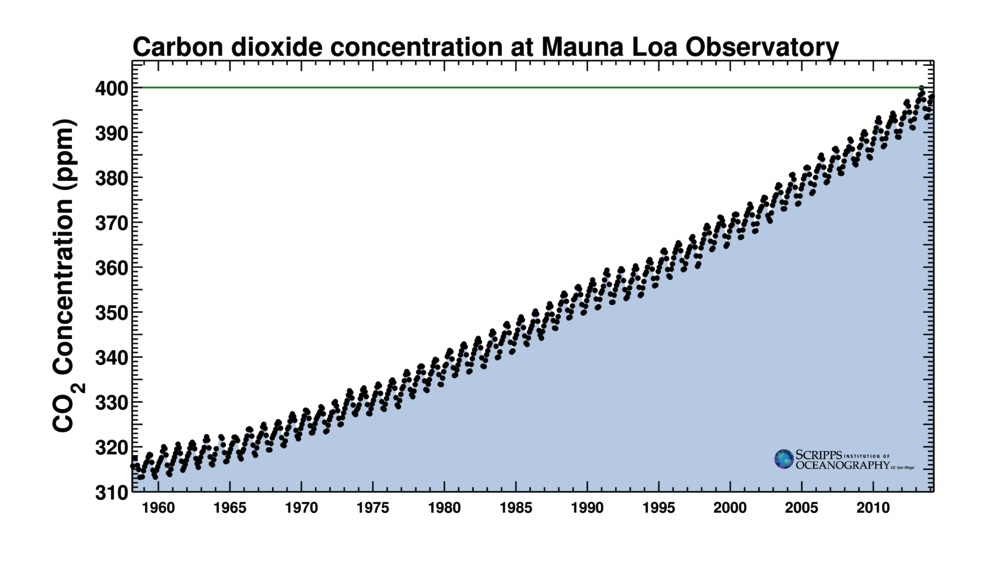 We will see which CO2 peak is reached this year.

Anyway, despite of the continuos warnings coming from every environment (scientific, research, society and the own planet Earth), no serious measures are already implemented to restore this and other demonstrated environmental indicators.

Despite we are talking about events usually measured in geological ages scale, the current situation makes that every year that passes is crucial. This is the point.