There is moment in almost any discussion about nanotechnology and safety, in which arises the recurring comparison between nanomaterials and asbestos. It is not about a mere comparison from the point of view of materials science and engineering, of course, but about the similarities that are meeting both materials -nanomaterials compared to asbestos, in this case- since its finding as a human invention. 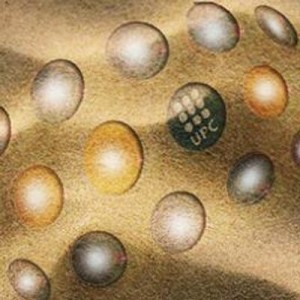 The similarities between nanotechnology and asbestos became evident also in the CERpIE-UPC´s conference. Maybe it was´t as explicit as it happens in other forums, but it was in many of the discussed aspects of nanomaterials. Some of these aspects are the lack of information, transparency and responsibility from the top decision-making levels.

The point is that anyone can now purchase this almost-magic materials, which are a strategic objetive for the greatest organizations and states and are based on the leading-edge knowledge of the best scientist in the world but, at the same time, the odds are that their MSDS won’t show even the correct name of the product.

These are not mistakes, nor the consequence of economic or technical difficulties avoiding to give the final user or the client a reliable information. This is something different; something similar, for instance, to what the company Uralita did for decades with the technical documentation of its asbestos-made products.

So far, the nanomaterials path is like asbestos´ way, even in the manners. Hopefully, in a given time, the nanomaterials´ development will take a different way to that took by asbestos in the past, with the consequences we already know.