Going into depth on how are advances and working of nanotechnology going on, it really attracts attention the similarity with the case of asbestos which at the same time, keeps great similarities with other great inventions throughout human history.

Well, I´ll confess one thing: more every day, I read more and more carefully the technical reports and documents. They can be as precise as manipulable. Despite its assumed strictness for being based in scientific criteria, objective data, exact numbers,… a report can be as biased as any other, independiently of the technical and consistent way in which is presented.

So, sometimes I take heed more to readings explaining things that, although they have nothing to do with specific issues, can be more illuminating than any technical document.

One of those readings is the book “world without end” by Ken Follett. Here the business is black death:

Despite it is an unseen disease in the region, sister Caris knows quite well what it is, she has exclusive information: her lover Merthin saw during his time along Europe the devastating effects of black death. Besides, he also told her the good practices which seemed to work against disease´s contagion such as covering the nose and mouth with a piece of fabric like a protection mask, put hot cloths with water with essences, to divide black death´s sick people and the rest of patients.

Sister Caris applies immediately those and other innovative measures which bring good outcomes compared to the obsolete, superstitious and biased treatments of the priory´s monks.

Leaded by prior Godwyn, monks do all what they can in order to discredit the sister Caris´practices. They do by means of one of the greatest powers of the Church: fear. Its fear to loose its status, which is the fear transmitted to the people. In opinion of the monks of the Kingsbridge priory, sister´s practices are against the petrified methods and traditions of the doctor monks and, what is even more serious, the will of God of punishing men with a disease for their bad actions.

God will provide and says that sister Caris is a heretic.

I won’t unveil the end of the book, but now substitute:

I will keep reading technical documents on nanotechnology, but none of them will tell me so clearly what will happen like this book. This our world,… a world without end. 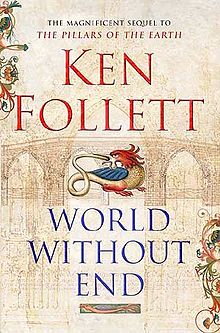 1 thought on “Asbestos, nanotechnology and a “world without end” (continuation)”