As a consequence of the peculiar circumstance described in this post on asbestos published weeks ago, I am having several discussions starting with the paradoxical situation surrounding this material for a long time.

Later, in a given time during the conversation, we always do ourselves the same question:

But… won´t it the case of asbestos being repeated nowadays with other substances, such as nanomaterials?

The answer we get is always the same: Yes.

What is currently occurring with nanotechnology is the XXI century version of the previous history of other materials like asbestos, lead, mercury o silica of which we use to talk about ironically and outrage whilst we regret about the present consequences for its inappropriate use for years in the past.

History always repeats itself and we already know how ends. It is written is a book that has nothing to do with engineering or something like that: A world without end, by Ken Follett. 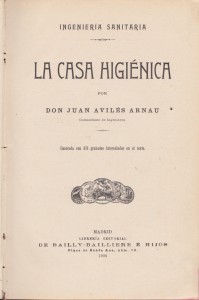 What happens with asbestos for centuries can be summarized in an anecdote: while a manual on sanitary engineering of 1904 recommended the use of asbestos water filters as a domestic good practice, in 1906 was diagnosed in London the first case of pulmonary fibrosis caused by asbestos to a woman worker.

Not only that. The book itself gives these instructions for the maintenance of the filters:

“[…] when the filtering capacity has decreased too much, scrub softly the surface with fine grain sandpaper”

All this instructions –which are themselves some flagrant bad practices– given without any safety measure on asbestos handling, which is in fact a counterpoint to a book about sanitary engineering titled “The hygienic home” (“La casa higiénica”, in Spanish).

It wasn´t until 1980 decade when it was decided that asbestos related materials caused severe cancer. From 2000 years it started to be banned in the most industrialized countries.

More than a century later since it was scientifically demonstrated the fatal effects of asbestos, it is still being widely used in several developing countries.

Titanium dioxide (TiO2) is a chemical compound used for a long time in many marketed products: paint, cosmetics, plastics, paper, food,… I clean my teeth several times a day with titanium dioxide (E-171) and your children eat it each time you give them a chewing gum, sweets or yogurts.

Traditionally, TiO2 was considered a low toxic product, but in recent years this position has changed and even the International Agency for Research on Cancer (IARC) included TiO2 in the 2B carcinogen group (the agent is possibly carcinogenic to humans).

In its nano version, titanium dioxide particles may present a potential bioactivity even more harmful or, at least, unknown. This means that exposure and concentration ways increase greatly: 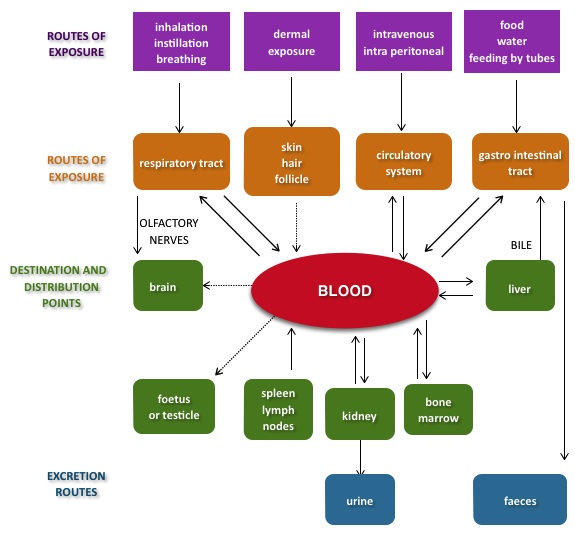 Now, apply the said about titanium dioxide to almost any element of the periodic table. Any substance has its nano version bringing outstanding properties and, in the same proportion, uncertainty regarding its safety in many cases.

A typical discussion on nanotechnology safety may be more or less like this:

Once upon a time a skeptical or with private (or both, who knows) interests politician who told a scientist: all you say related to nanotechnology risks are theories, conditional arguments, unknown facts, uncertainty possibilities.

The scientist answers: As it happened with asbestos for millenniums still it was banned 15 years ago.

The politician insisted: Ok, but environmental and safety research gets huge amounts of funds and are seriously taken into account in the design stage of nanomaterials, and this never happened before.

Of course, but is it enough? The reality is that every day, several times a day, you are scrubbing along your mouth and you are feeding your children with possible carcinogen products, following in addition advices that include brushing the teeth or eat yogurts as a healthy diet, told the scientist. Investment in nanomaterials safety is later again.

The case of nanotechnology would be a perfect script of the second part of 1904´s sanitary engineering book. A repeat of the asbestos´case, as this is a repeat of other cases throughout human history…

… a world without end