The quality of Europe’s drinking and bathing water have improved but air and noise pollution continue to cause serious health impacts. About 460 000 premature deaths were attributed to fine particulate matter in 2011. Further reductions in pressures may be offset by changing exposure patterns and vulnerabilities, linked to trends such as climate change, urbanisation and population ageing. This points to the need for more integrated approaches to addressing social, economic and environmental determinants of health. 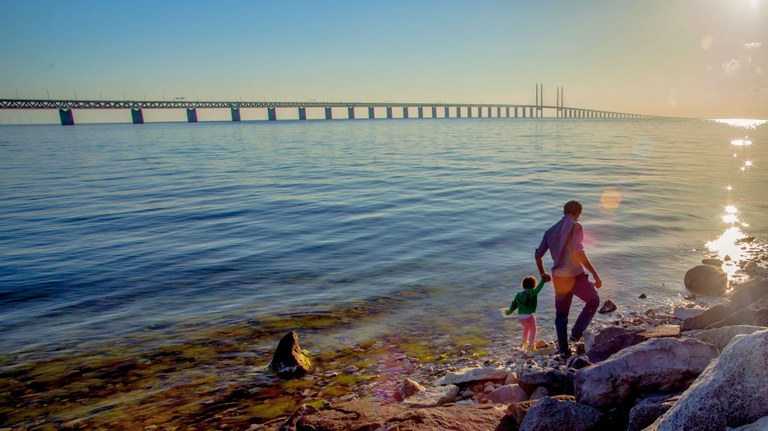 Understanding of the links between the environment and human health has evolved from perceiving them as isolated issues towards recognising the interdependencies between complex systems. Large-scale challenges such as climate change and biodiversity loss can have potentially wide-ranging, long-term, and irreversible effects on human health and well-being. Such challenges call for an approach that takes account of the linkages between human and animal health, environmental drivers, and the socio-ecological context of disease emergence [1] [2] [3]

One of the three thematic priority objectives set out in the EU’s 7th Environment Action Programme is ‘to safeguard citizens from environment-related pressures and risks to health and well-being’ [8]. At the global level, the World Health Organization (WHO) and related United Nations (UN) processes address a range of environmental and climate-related challenges to health and well-being [9] [10] [11] [12] [13]

Knowledge gaps, uncertainties and shortages of data limit understanding of the complex interactions between human health, multiple environmental pressures, and social and demographic factors. This section focuses on some specific themes for which the EEA gathers information and has an assessment role, including air pollution, noise, and water quality. It concludes with a brief discussion of more systemic issues.

Air pollution remains a major environmental health risk in Europe, contributing to the burden of respiratory and cardiovascular diseases, lung cancer, and other health effects [14] [15] [16]. Despite improvements with respect to some pollutants, exposures to particulate matter, ozone and carcinogenic benzo(a)pyrene are of high concern. This is particularly evident using the estimates based on WHO air quality guidelines [15], which are more stringent than EU air quality standards [17] (Figure 1)

In 2011, an estimated 458 000 premature deaths in 40 European countries were attributed to fine particulate matter [18]. There are no estimates of less severe but more widespread impacts of air pollution, such as use of medication or hospitalisations. Ambient air pollution, combustion processes, energy efficiency measures in buildings, consumer products, and human behaviour all affect the quality of indoor air. Since European citizens spend more than 90% of time indoors, coordinated efforts are needed to prevent the potential health effects of exposure to indoor air pollution [19]

Progress in collecting and treating wastewater in the EU since the 1990s has contributed to a sizable improvement in bathing water quality (Figure 2), and reduced public health risks in parts of Europe [20]

However, chemical pollutants, eutrophication, and harmful algal blooms continue to affect the quality of surface, ground, and marine waters [21] [22], potentially impacting human health. Water scarcity is also an emerging challenge. And both the quality and the quantity of water resources can be affected by climate change [1] [23]

Environmental noise is a source of annoyance and has been linked to increased risk of cardiovascular diseases [24] [25]. It is estimated that at least 125 million people in Europe were exposed to high levels of road traffic noise in 2011. And exposure to environmental noise has been estimated to contribute around 10 000 cases of premature deaths due to coronary heart disease and stroke each year, with almost 90% of the noise-related health impacts being associated with road traffic noise [26]

European policy has been effective in addressing emissions and ambient concentrations of certain chemicals [27] (Figure 3), and horizontal chemical legislation (REACH) [28] aims to better protect the environment and human health. Persistent, bioaccumulative, and toxic chemicals are of particular concern, as are substances that can affect the hormonal system (endocrine disruptors) [1] [29] [30]. The risks associated with pharmaceuticals in the environment, including antimicrobial resistance and endocrine disruption in wildlife and people, are increasingly recognised, with implications for precautionary action and wastewater treatment [1] [29] [31] [50]

Further efforts are needed to assess the health impacts of exposure to multiple chemicals from different sources, especially in vulnerable groups such as children. Current activities to streamline existing information on chemicals in the environment, including human biomonitoring data, should improve the knowledge base [32]

There is a growing recognition that major public health issues, such as cardiovascular and respiratory diseases, cancer, and obesity, result from the interplay of multiple factors, including environmental pressures [1] [33] [34] [35]. The European population’s vulnerability and ability to adapt to environmental pressures depends on a variety of long-term trends.

For example, the population age structure shapes vulnerability to health risks. Although EU-28 average life expectancy at birth exceeds 80 years, the expected years lived without disability are below 62 years for both men and women [36]. The proportion of people aged 65 and over (EU-27) is projected to increase from 18% in 2011 to 30% by 2060 [37] [38], further shifting disease burdens and increasing the contribution of disabilities [39]

Another important trend is urbanisation. The proportion of Europe’s population living in urban areas increased from 51% in 1950 to 73% in 2011, and is projected to reach 82% in 2050 [40]. Environmental impacts on health and well-being may be particularly pronounced in urban settings, where multiple pressures coexist and affect large populations. Contrastingly, well planned urban areas that afford access to natural environments can deliver health and well-being benefits [1]. The EU Green Infrastructure Strategy [41] and improved spatial analysis can contribute to better urban development and spatial planning. Potential climate change impacts in urban systems also point to a need for dedicated adaptation measures [42]

Health and well-being impacts of climate change are related mainly to extreme weather events and changes in the distribution of climate-sensitive diseases. Some regions and population groups in Europe are particularly vulnerable to these threats [43] [44]. A very likely increase in the frequency and intensity of heat waves, particularly in southern Europe, is projected to increase heat-related deaths unless adaptation measures are implemented [44][45]. Heavy precipitation and flooding can have profound effects on mental health and welfare [46]. Anticipated climate change impacts on some diseases, including those transmitted by mosquitoes and ticks, highlight the need to improve response mechanisms [47][48][49]

Human health and well-being concerns are powerful drivers for environmental policy, but they are at present addressed in a dispersed way. Implementation of existing policies is likely to further reduce specific burdens, but broader and more integrated approaches to addressing social, economic, and environmental determinants of health are needed [1]

Widening the policy focus to domains such as consumption and production, resource efficiency, natural capital, ecosystem services, and spatial planning would require a stronger multidisciplinary and multi-stakeholder dialogue to account for values and attitudes. Decision-making also needs a precautionary approach, which acknowledges uncertainties, especially for emerging issues such as nanotechnology [50]

Human health and well‑being ultimately depend on well‑functioning ecosystems and the way we use natural resources [9]. The synergies and trade-offs resulting from close interdependencies between the core resources, such as food, water, energy and other materials indirectly affect human health and well‑being, often through impacts on the environment [51]. In addition, the role of large-scale ecological and societal transitions for population health and well-being is increasingly recognised, influencing both health effects and the possibilities for public interventions to achieve a more sustainable society [52]