Last friday 1st August, just one week ago, was a day of huge storms in Aragon. One of the greatest ones went through the land of the river Gállego, including my hometown, Ontinar, where nothing like that was seen since 1982.

It was even more shocking and devastating in surrounding towns like Zuera or Alcalá de Gurrea, where the size and force of the hail was like this:

You can figure out the damages in crops, vegetable gardens, some parts of houses such as windows or water gutters or vehicles that couldn’t be sheltered. Insurance companies, vehicle´s windshield, paint and body workshops and carpenters are working over time this August. 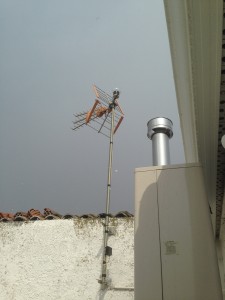 In my case, I was also worried by the Netatmo rain gauge I installed weeks before in my family house.

Such a heavy storm and large sized hail is the closest thing to a mechanical test with “real fire”. The resistance testing to impact passed by polymer materials consist of pendulum´s impacts applying a work of 0,5 to 7,5 jules (DIN 51222 standard) [1]

In the case of hail impacts, the tests performed by renowned labs and companies [2] consider that hail of 30 millimetres in diameter cause impacts reaching easily 3,5 jules, and more than 7 if the hail is larger than 35 millimetres.

To such size of hail was the rain gauge exposed, reaching an excellent performance that solved one of the greatest doubts I had when I purchased it, its mechanical resistance to hail. 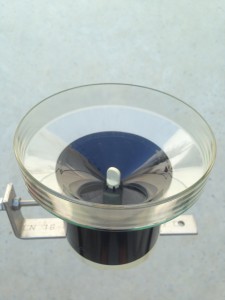 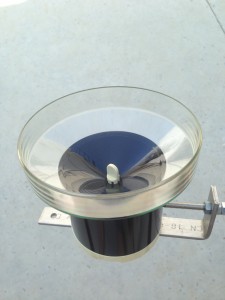 If you liked this blog, you can be informed of new released entries: